As nominations open for this year’s FPM Annual Awards, we are delighted to announce we will be giving a number of new awards this year, alongside the FPM President’s Medal. These awards recognise academic achievement and excellence, and commitment to FPM and pharmaceutical medicine.

Our new awards are:

Nominations are open for the FPM President’s Medal and the FPM Volunteer Award until 4 April 2022, and we invite all FPM members to nominate anyone that they think is deserving of these awards. 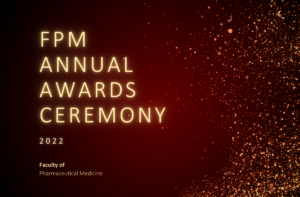