The year 2020 will be forever linked to the COVID-19 pandemic and the impact on the NHS. There had been many warnings that the world would face a major health pandemic and when it happened, we were scarcely prepared for it. However, few could have foreseen one of the startling images that appeared on the news, which was the disproportionate number of black, Asian and minority ethnic front-line workers who had died as a result of COVID-19.

These workers have always been there, contributing to the wellbeing of patients, but the startling data proved that to many in society, especially those in power, they were less valued than their white colleagues. Regrettably, I was not surprised as I have seen this within my own family. 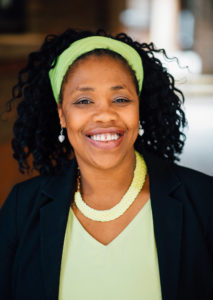 My parents came to the UK in the 1960s as part of the call by the UK government to “come and rebuild the motherland”. My father came first, leaving my mother and two older brothers; one was six years old and the other about two weeks old. My mother came to the UK nine months later and left my brothers with their grandmother. This was the norm for many families from the Caribbean. I was born in the UK and I met my brother, who was left as a baby, for the first time when he finally came to the UK when he was 16 years old.

My parents found work as factory workers in Birmingham where they were paid less than their white counterparts and experienced daily indignities, which they had to suffer in silence, because black people knew that to complain would jeopardise their job. The indignities were not just restricted to where they worked, but also to where they could live. My parents lived in housing with other immigrants because time and time again, white landlords would not rent rooms to them. Indeed, they got used to seeing infamous signs with “No blacks, No Irish, No dogs”. To be equated to nothing more than a dog is humiliating, but my parents focused on why they were in the UK – to make a better life for themselves, and for their growing family. When my next older brother was born, my parents were living in one room. They were determined to buy their own house. They saved every penny they could and eventually saved enough for a deposit to buy a house. This is the house where I grew up and my mother still lives there.

My parents had two more children including myself and the stress of finding childcare to enable them to continue to work in the factories led my mother to apply to the NHS as an auxiliary nurse. Two of her sisters were working in the NHS as qualified nurses and my mother learnt from them that she could work nights. This meant that as my father could work in the factory during the day, they did not need to rely on others for childcare as my mother was at home.

Once, when I was about 15 years old, I accompanied my mother to the hospital where she worked and met many of her colleagues. What struck me was that they were all black except for one white woman who was Irish. It was around this time that I first really thought about racism because the National Front were marching and calling for black and Asian immigrants to be sent back to where they came from because, according to their twisted logic, immigrants were taking all the jobs that the ‘indigenous’ population refused to do. Yet, here were these women who were looking after the very same people who did not want them to be in the UK. My mother would tell us stories about patients who did not want her to touch them because she was black and the vile names she was called are unrepeatable. The toxicity of the racism in the UK was the reason my two aunts, who were qualified nurses, returned to Jamaica.

My mother worked in the NHS for over 30 years as an auxiliary nurse at same hospital. She took pride in her job. I used to watch her get ready for work. She would put on her make-up, make sure her clothes were presentable and then leave to catch the bus at 7pm. She was never late. She would be back in the house after 8am just before we went to school.

My mother devoted her life to serving the patients in her hospital. She, like so many women from the Windrush generation, was part of the invisible but essential backbone of the NHS, because they did the work that the mostly white British population refused to do. It is an honour for me to present my mother’s story, however greater recognition of the contribution of these hidden figures to the UK, particularly the NHS, is long overdue. October is Black History Month and I encourage anyone reading this to engage with the often challenging stories that you will no doubt read over the coming month. 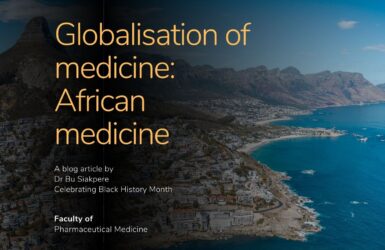 A blog by Dr Bu Siakpere 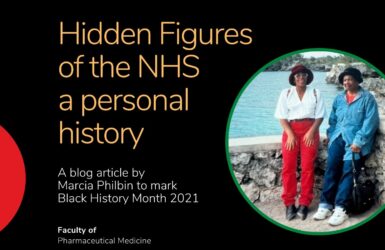 Hidden Figures of the NHS – A personal history 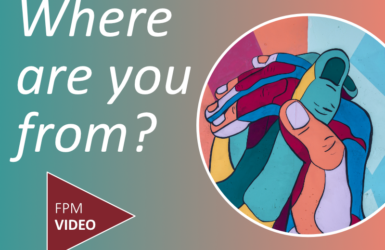 FPM VIDEO: “Where are you from?”

FPM’s Equality, Diversity and Inclusion Forum discuss when and how to ask people about their ethnic background. 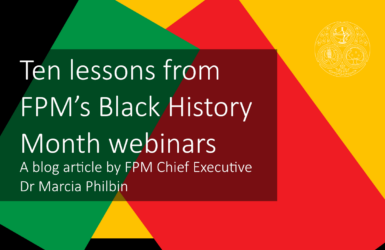 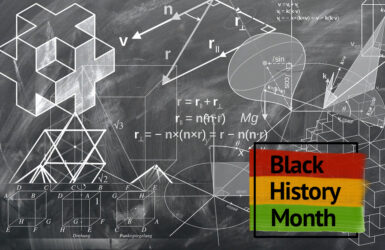 Re-watch our webinars from October 2020