This Deep Dive article has been prepared by Dr Marianna Lalla, Editor-in-Chief of FPM Deep Dives.

This article addresses the current debates over COVID-19 antivirals and vaccine boosters and takes other considerations into account:

Since the beginning of the COVID-19 pandemic, the scientific community and the media have been debating over different items which have changed with time, including learning about the disease and the impact of health policy interventions and disease treatment (vaccines and repurposed marketed medicines). With the advent of the highly contagious Delta variant and the recent increase in infected and hospitalised cases, new questions have arisen (e.g. when the pandemic will end, what have we learned so far about the disease and its long-term consequences and why there are not enough new therapeutics). Many of the UK population are now receiving a vaccine booster, but it remains unclear whether this will be enough, or whether a multi-modal strategy will be required, including the development of a COVID-19 antivirus.

Recently, a number of countries have started planning or administering booster shots to the population (Germany, Israel, United Arab Emirates, China, UK and Russia)1. At the beginning of August in Israel booster shots had been administered to immunocompromised patients, while extension to subjects over 60 years of age is currently under consideration2,3. More recently the country had decided to extend the boosters to everyone aged 12 and older4.

However, scientists and policy makers are not unanimous in advocating the use of vaccine boosters5. As there is not a full understanding on the efficacy duration after two doses, there is also a poor understanding which part of the population would gain most from the boosters. Some would advocate that for people over the age of 12 with severely weakened immune systems (blood cancer, advanced HIV and recent organ or stem-cell transplants) a third vaccine would reduce the risk of severe outcomes due to a lower antibody response6.

In addition, for some policy makers it would be advisable to concentrate all efforts in completing the vaccination campaign for those that are not yet vaccinated. On the 4th of August the World Health Organization called for a moratorium on boosters until at least the end of September, to enable at least 10% of the population of every country to be vaccinated7. Similar opinions were shared initially by Astra Zeneca’s CEO and by Dr Fauci to hold off boosters8. Opinions have changed from the last month (September 2021). The UK is instead moving into the direction of a boosters programme for those over 50 and those with health issues and this is now underway9,10.

When looking back at the work done by the scientific community and pharmaceutical companies, there are long lists of COVID-19 vaccines based on different technologies and several clinical trials at different stages of progression to test for new drugs or repurpose existing ones11. Considering the nature of the virus that has already mutated into variants with various grades of virulence and mortality, this raises the questions:

Recent data about recovery from the Delta variant suggest that even without herd immunity a transition toward normality could be possible, as in the case of the UK policy. Depending on the country policies and vaccination programmes, the current thinking would aim towards a new normality, with a potential change in acceptability of disease burden and managing COVID-19 as an endemic disease12. Experience from the last four pandemics (all influenza) would suggest a natural progression of those viruses towards becoming endemic within 1-2 years from the beginning of the pandemic13. This might require considering a multi-modal approach and a need to look at new antivirals and new therapeutics, in case the vaccination and the booster programme might fail. In the UK, efforts to expand the fight against the virus by finding a successful oral antiviral have been ongoing since spring 2021, but with very little positive result so far14.

All the haste to beat the virus mutations by pushing for a shorter development for vaccines potentially clashes with the need to maintain thorough development plans, to look at safety and efficacy of vaccines18. Regulatory agencies have been aiming to inform the public on the typical processes to develop drugs and vaccines, and on types of existing vaccines, to counter misinformation and to reduce anxiety. This campaign has unfortunately not always been successful and anti-vaxx information and conspiracy theories do persist19-21. Typical regulatory processes and timelines have been put to the test during the current pandemic, resulting in much reduced timing of drug development from a typical timeframe of decades to less than a year. The strategies used were different (increased resources, manufacture at risk and in parallel, improved processes)22. As a paradox of increased efforts in fast developing new vaccines and therapeutics against COVID-19, there is a shortage of essential drugs for other conditions, which could be triggered by different causes (e.g. increased demand and lack of availability of raw materials, due to disruption of trade channels in times of lockdown)23,24.

Considering that the recent coronavirus-related pandemic (SARS, 2003) could have provided learnings and a warning for a future pandemic, policy makers and pharmaceutical companies did not allocate the right resources to prevent a future pandemic driven by the same virus25. In addition, the learning from the pandemic while it was evolving has been also criticised26,27.

This pandemic has also exposed some limitations and raised questions on prioritisation in the conduct of clinical trials. During the pandemic, most non-essential trials were disrupted, raising questions about more efficient conduct of studies and highlighting alternative innovative approaches28,29,30. Also, COVID-19 trials were not well coordinated, with money and resources wasted, and missed opportunities to divert resources elsewhere31. It has also become clear that there are many ethical considerations which haven’t always been at the forefront of discussions. The formation of the UK Pandemic Ethics Accelerator has led to ethics expertise being used to help inform the situation32. 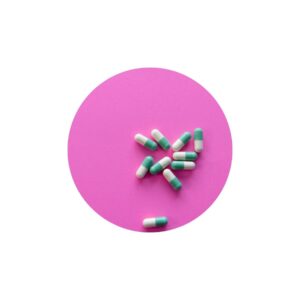 Apart from critics and difficulties, what have we have learned so far from this pandemic?

The scientific community has been “on fire” since the beginning of pandemic with a fervid production of articles and scientific communications33-35. There are still open questions and areas for which the learning has increased so far with time36,37. Further learning comes also from looking back at previous pandemics, especially in terms of public health measures38. As history shows, all pandemics did end, and that gives some consolation that we will reach that point eventually. Though so far it looks like it is far from over, as there is still lots of confusion and uncertainty. 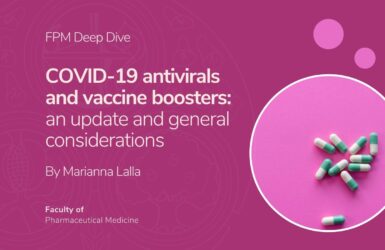 COVID-19 antivirals and vaccine boosters: an update and general considerations 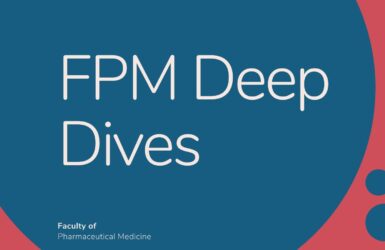 The FPM Journal is being retired