This article has been prepared by Ghazwan Butrous (g.butrous@kent.ac.uk), Professor of Cardiopulmonary Sciences, University of Kent, UK.

Quinine has been a famous class of drugs over the last 500 years in the history of medicine. It does not treat disease symptoms, but rather modifies the underlying mechanism of the disproportionate effect of inflammation and immunity. Thus, it is described under the rubric of DMARD (Disease-Modifying Anti-Rheumatic Drugs).

Native South American civilization, mainly the Incas, discovered that the barks of quinaquina tree could treat various febrile illnesses. The famous taxonomist Carl Linnaeus renamed the tree in 1740 to Cinchona tree. The Spanish invaders of Peru in the 16th Century were excited with this remedy, using it to treat Malaria. They started to harvest a large amount of the barks and shipping them to Spain. They called it “Jesuit bark” or “Peruvian bark”. It was a sensational drug in European folk medicine but also was a subject of arguments among physicians and intellectuals (Figure 1).

There are intolerance and arguments at the bottom of long conflict over the good or harm effected by Peruvian Bark. Figure 1: A quote from a prominent 18th Century natural philosopher recognized the beneficial and toxic effects of the barks (quinine)

This great demand caused extensive harvesting and even implantation of the tree in other subtropical areas. Today few remaining specimens of this endangered tree remain in Peru and the Andes region. By the early 19th Century French scientists isolated quinine as the effective component of the tree bark. The quinine powder was vital and precious, for example, by the 1840s British citizens and soldiers in India were using annually 700 tons of cinchona bark for their health protection. They dissolved the powder in carbonated water, adding sugar and lemon to smoothen the bitterness of quinine, creating “Tonic Water”, which when added to the Gin resulted in the cocktail of “Gin and Tonic”. Winston Churchill once declared, “The gin and tonic has saved more Englishmen’s lives, and minds, than all the doctors in the Empire.”

The need for quinine’s use as an anti-malaria medication expanded, but there were not enough barks to cover the European colonial expansions of Asia and Africa. Accordingly, efforts were started to synthesize quinine in the laboratory by the third decade of the 20th Century (figure 2). Meanwhile, extensive use started to show some toxicity and tolerance. The demand for protection against malaria among the fighting troops in the Pacific during WW-II required that more and better products be synthesized. Chloroquine was synthesized circa 1945. In a few years, hydroxylation of the chloroquine moiety led to the development of hydroxychloroquine (Figure 2). These forms, chloroquine and hydroxychloroquine, are less toxic and showed better tolerance and are in use today.

Physicians began to experiment with the medication and, in the early 1950s, they observed their beneficial effect in the treatment of rheumatoid arthritis and lupus erythematosus. Combination with other medication(s) reduced potential toxicity and side effects. Thus, hydroxychloroquine has made its name in combination therapy today. These therapies are relatively cheap, and have an established clinical profile. The World Health Organization (WHO) included them in the WHO list of essential medicines.

In the last thirty years, chloroquine or hydroxychloroquine have been reported to possess potential activities against various viruses, such as human immunodeficiency virus (HIV), hepatitis A and C virus, influenza A and B viruses, H5N1 virus, Lassa virus, Ebola virus and many others. Initial uncontrolled studies suggested it might have a utility in fighting COVID-19. This was coupled with political and media wrangling, which led to many further clinical trials which more recently showed that they are not as effective as potentially promised and with some toxicity.

How does it work?

Despite the long history and the widespread clinical use of various forms of quinine, insights into the mechanism of action are still evolving. Quinine interferes with the malaria parasite’s ability to digest haemoglobin by inhibiting their toxic products. chloroquine or hydroxychloroquine regulate the activity and the excessive reaction of the inflammation and immune system. They neutralize the acidic lysosomal environment, thus interfering with endocytosis or autophagy preventing the production of harmful substances. They also alter the membrane and intracellular signalling as well as transcriptional pathways, reducing the production of proinflammatory mediators and various cytokines. These mechanisms modulate and smoothen the inflammatory and immunological reaction (figure 3).

Since the early days of using this class of drugs, the benefits and toxic effects were recognized (Figure 1). There are some differences in the side effects between different forms and salts. Hydroxychloroquine is better tolerated and has lesser side effects than other forms of quinine, including chloroquine. The adverse events are related to the dose, plasma level and are more frequently seen with long-term use.

The main side effects are headache, indigestion, nausea and diarrhoea, skin rashes and pigmentations, which are worse in sunlight, besides the bleaching of the hair or mild hair loss. Muscles weakening and tinnitus are also recorded.

One of the significant side effects is colour vision disturbances and altered central vision because of the impact on the retina. The retinopathy may progress and is often irreversible even after stopping the medication. Therefore, ophthalmologic follow-up is a critical component when taking these medications.

The effects on the Cardiovascular system

The cardiovascular effects have been extensively discussed in scientific literature and in the media, even more so following the advocacy to use hydroxychloroquine to combat COVID19 infection.

There is a dual effect on the cardiovascular system. The use of chloroquine or hydroxychloroquine reduces cardiovascular risks in patients with rheumatic diseases. This effect seems to be most relevant in patients with a thrombotic complication owing to systemic inflammation. The combination with aspirin enhances this beneficial effect. It is unknown if we can see these benefits in patients without rheumatic diseases. On the other hand, there are many reports of serious cardiotoxicity, mainly heart conduction abnormalities, cardiac arrhythmias, and cardiomyopathy, especially in patients taking high dose or in combination with other drugs. These are not frequent complications, though they are more frequent in women and with long treatment use. Fortunately, most of these adverse events are reversible upon drug discontinuation. Reports of Cardiomyopathies were presented as left ventricular hypertrophy, hypokinesis, exacerbation of left ventricular diastolic dysfunction and heart failure. Some centres recommend investigating these complications with cardiac magnetic resonance imaging and endomyocardial biopsy, to provide prognostic insights and confirm the diagnosis of hydroxychloroquine-induced cardiomyopathy.

The most morbid cardiovascular effects are the effects on ventricular repolarization, that is prolonging the action potential of cardiac cells. Quinine can block many cardiac ionic membrane channels which regulate the electrical properties of the cardiac cells, specifically the potassium channel known as “Inward rectifier K+ channel”, causing a delay in the recovery of the cardiac cell action potential. This increases the likelihood of ventricular ectopy and ventricular arrhythmias; mostly Torsade de pointes, a short but disorganized ventricular arrhythmia that can degenerate to ventricular fibrillation causing sudden death. The clinical manifestation of this toxicity is by prolonging the QT interval of the electrocardiograms, an indicator of prolonging cardiac action potentials. This prolongation is often seen with electrolyte disturbances or when hydroxychloroquine is given with the other medications such as azithromycin, as used in some quarters for prophylaxis and management of COVID-19. Although Torsade de pointes is not common, recent uncontrolled use of these drugs leads to an increase of these arrhythmias, with more deaths.  Many medical centres recommend continuous or frequent assessment of corrected QT (QTc) interval on the electrocardiogram. As for all QT prolonging medicines, consider discontinuing these drugs if there are concerning increases in QTc or QTc change from baseline. 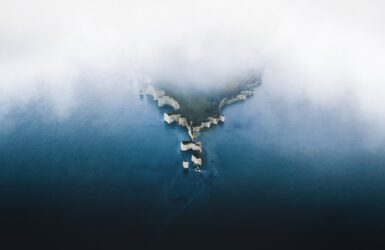 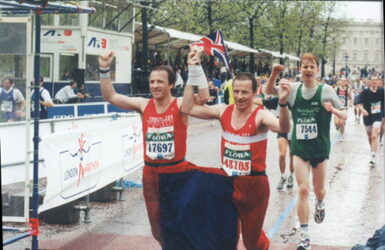