This programme is designed for anyone who wishes to improve their knowledge in a specific area, as well as those preparing to sit the exam.

Training is delivered via Zoom, with regular screen breaks scheduled in throughout the day and a 1 hour lunch break. 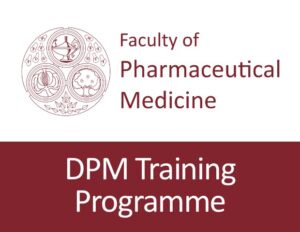 This module covers the following topics:

The DPM Training Programme is a well-designed and well-structured course that covers all aspects related to pharmaceutical medicine. The presenters are engaging and very knowledgeable about the topics. I would highly recommend this course.

I thoroughly enjoyed and recommend the course. Its content targeted a wide theoretical knowledge of pharmacovigilance very pertinent to everyday activities of a safety physician.

This course is as good as the reputation suggests! Really worth attending if possible. Great to have such detail covered and access to knowledgable speakers. Thank you!

Booking for this module is now closed

About the DPM Training programme

You can book one, several or all modules as your educational training needs dictate. Modules run annually and attendance can be spread flexibly over multiple years as required.

The final 3 modules cover exam technique and focus on the Multiple Choice Question (MCQ) paper, the Single Answer Question (SAQ) paper and the Critical Appraisal Paper (CAP) of the Diploma in Pharmaceutical Medicine exam. You can find out more about the different exams here.

Who is this training for?

Queries: If you are unable to complete your booking online or you would like to be invoiced, please email training@fpm.org.uk.

Joining instructions will be emailed to attendee’s registered e-mail address, with a reminder sent on 7 July 2021.

Please note: you will need a computer and a good internet connection, pens and paper to attend this module.

A pre-course assignment will be sent out 2 weeks in advance. If you book after this date, please allow yourself time to complete the assignment before the training.

Resources included with this module

Learning materials can also be purchased separately, and these will be made available to buy online after the 9 July 2021.

If you attend this course you can use it as CPD for your appraisal. To do so you’ll need to provide:

Upload these into your portfolio and self-allocate your CPD points at 0.25 credits per 15 mins.

Prof Alan Boyd is the Lead Trainer for the DPM training programme.

Professor Alan Boyd is a Fellow and immediate Past President of FPM. He was previously Chair of the Specialist Advisory Committee in Pharmaceutical Medicine at the Royal College of Physicians, United Kingdom.

Professor Boyd has also received the Outstanding Contribution Award at the 15th annual Bionow Award Ceremony in 2016. This award was given in recognition of a significant contribution to the development of medicines and the specialty of pharmaceutical medicine as an industrialist, an educator and an inspirational leader.

Alan was co-founder of the Boyds DPM training programme, which he has run successfully for over a decade. In 2020, this programme switched to an online format and was hosted by FPM. We are very pleased that were are now able to offer this programme as an FPM training course. 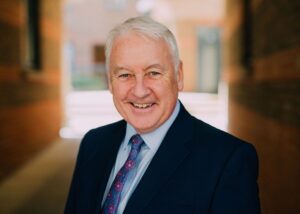 The views, information, or opinions expressed during FPM events and training are those of the individuals involved and do not necessarily represent those of the Faculty of Pharmaceutical Medicine. We value inclusivity, equality and diversity, and work hard to promote these whenever possible in all of our activities. We welcome your comments and feedback: events@fpm.org.uk