You might be forgiven for thinking that in looking at the designated body and revalidation for this special 30-year anniversary issue, I would only be looking at less than a decade. In fact, the Faculty has been involved in revalidation discussions with the GMC and DoH for two thirds of its existence. Ideas about revalidation for doctors changed dramatically over that period from just CPD through concepts such as including specialist re-accreditation, examinations and ending with appraisal being the cornerstone. What emerged and is now firmly embedded for all licensed doctors is a robust and practical process providing the desired and necessary assurance to patients and the public that their doctors are up to date and fit to practice. The FPM’s interaction with the GMC over this period helped ensure that, as the GMC say, ‘every licensed doctor practising in the UK can meet our requirements for supporting information for revalidation’. In addition to the pharmaceutical physicians who revalidate through their employing companies or the MHRA, there are now over 600 pharmaceutical physicians revalidating through the FPM, providing testament to that statement for our speciality.

It was, however, not an immediately obvious choice for the then Board to accept the FPM being named in the legislation as a Designated Body for the purposes of revalidation. It was debated very thoroughly as it was realised that there could be risks as well as benefits. What was clear was that it would be irreversible – legislation is not changed easily! However, the Board were very aware that pharmaceutical physicians, as with specialty training, needed to be able demonstrate that they can, and want to, meet the same standards as their two hundred thousand colleagues in other specialties and areas of medicine. Only by the FPM becoming a designated body would licensed doctors be able to move uninhibited between the NHS and pharma – an absolute must if our specialty is to recruit high calibre physicians.

What else featured in those early discussions within the FPM? Very early on it was agreed that as not all the membership would be part of the Designated Body (DB), perhaps because of being an international member or having their legal prescribed connection elsewhere, the DB must be financially independent and not subsidised by the non-revalidating members. But equally, in view of the charitable status of the Faculty, it needed to be non-profit making too. Of course, the logistics featured too: how many pharmaceutical physicians would revalidate through the FPM, would we be able to recruit sufficient appraisers, how many staff would we need, what IT system to use? The unknowns were endless and whilst there were no precedents to act as guides, there was the comfort that all designated bodies were treading an unknown path. A wise earlier FPM decision had been to volunteer for the pilotscheme co-ordinated by the GMC/DoH. That gave us a very good indication as to what some of the challenges would be when revalidation went live. I think the eighty doctors who volunteered from the Faculty enjoyed the experience – until the GMC informed us that they would be appropriate doctors to be the first to be revalidated after Responsible Officers – not necessarily the reward one wants for volunteering!

As an option to revalidating through the GMC, including an examination, I think our membership would consider the board took the right decision for its members. This chart demonstrates that it has also been beneficial more broadly for the FPM. From a fairly static affiliate membership of around 130, this section of the membership grew to over 350 in the early years of the introduction of revalidation as pharmaceutical physicians not employed by a DB sought an alternative revalidation process to the GMC annual returns and examination process. Affiliate membership is still growing with revalidation being a major influencer. Currently 74% of new affiliates revalidate through the FPM.

Will there be any significant changes for the Designated Body in the next thirty years? When the FPM was set up thirty years ago it was never envisaged that not only would it be offering specialty training but that it would also be revalidating doctors. I am sure the next thirty years will bring equally exciting opportunities and changes. 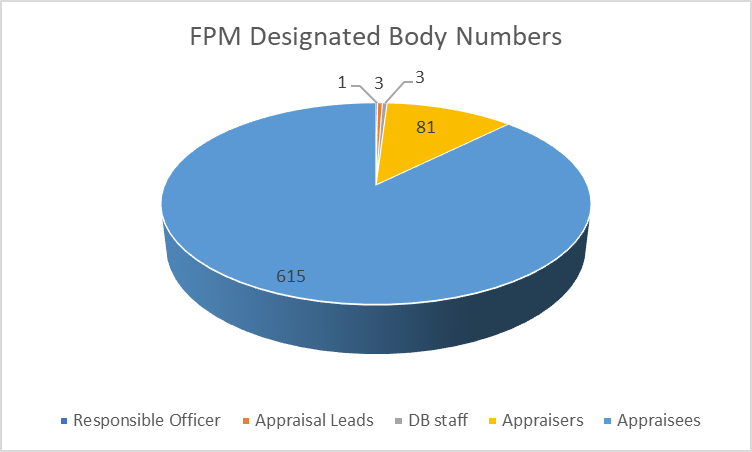 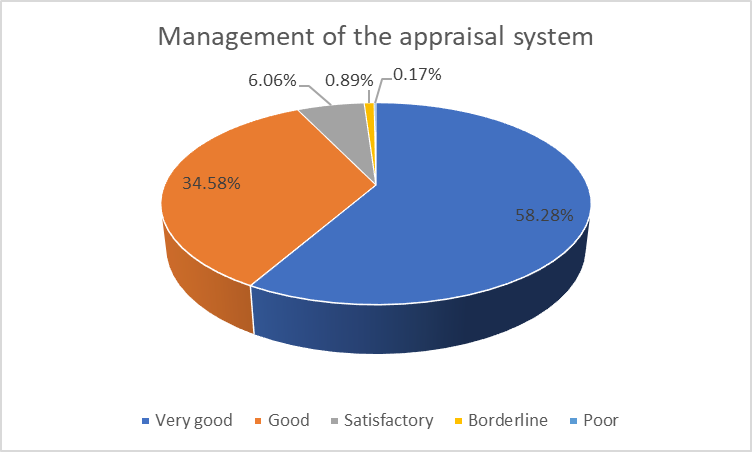 System feedback: For the 2018/19 Appraisal year 99.2% of 560 respondents rated the appraisal system from ‘satisfactory’ to very good’. Feedback on appraisers: Of the 225 respondents who wrote comments regarding their appraisers, 98.66% were positive. 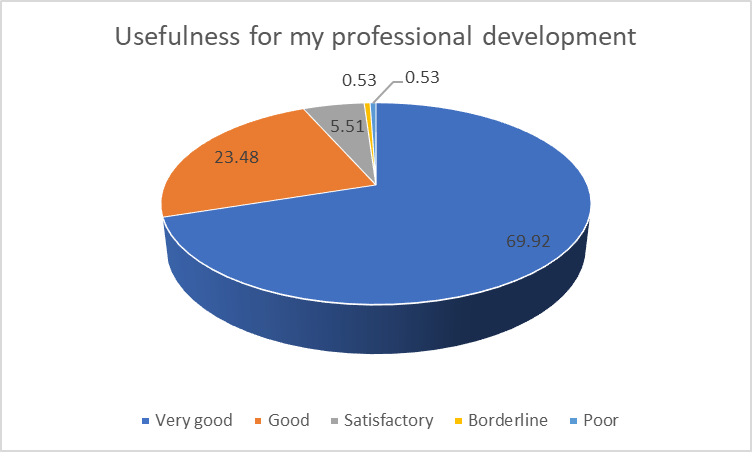 Back to journal home