The concept of gene therapy was introduced in the 1970s and the first gene therapy trial began in 1990 in a four-year-old girl with adenosine deaminase (ADA) deficiency. However, it took until 2012 for the European Medicines Agency to award the first ever licence for gene therapy in Europe, for the treatment of an ultra-rare blood disorder. There are now over 2,600 gene therapy clinical trials completed, ongoing or approved worldwide and horizon scanning indicates that NICE is due to assess between 27 to 33 advanced therapeutic medicinal products by 2023. The NHS provided its first gene therapy, to treat blindness, under routine commissioning early in 2020.

This seminar presented perspectives on the current state of UK readiness to develop and adopt gene therapies and the potential for these new health technologies to transform outcomes for patients with genetic conditions.

Sally-Anne has spent almost 35 years in the pharmaceutical industry, beginning in manufacturing and supply chain in ‘big pharma’. She soon transitioned to commercial roles and leadership, moving into areas of increasingly specialised medicine and, latterly, has led launches of five innovative products to address high unmet needs in paediatric rare conditions at three different companies. She believes it is an immense privilege to be responsible to launch the first potentially transformative AAV9 gene therapy from Novartis Gene Therapies into the UK and works with stakeholders in the clinic, patient organisations, the NHS and policymakers to deliver for affected families. 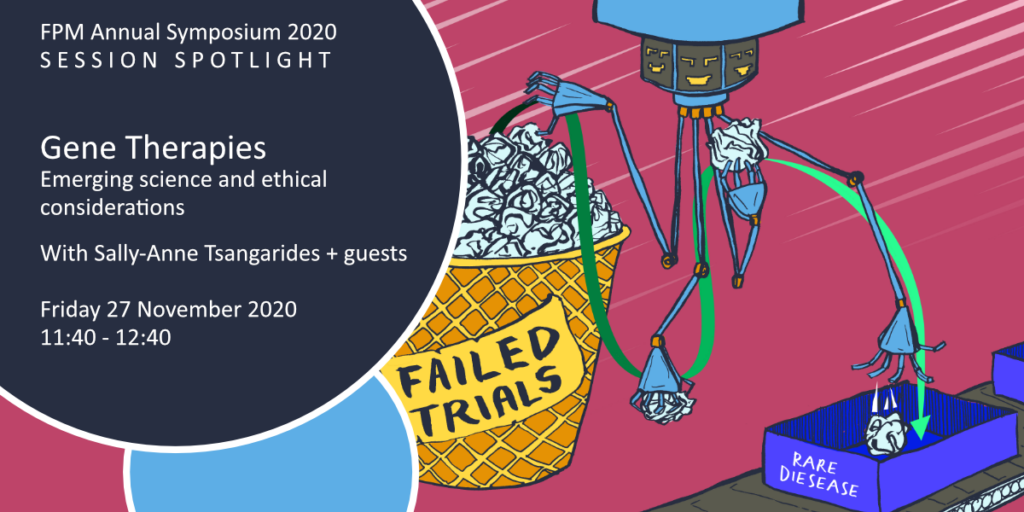