The Faculty Crest was designed by Sir Abraham Goldberg, our foundation president, in 1989. FPM continues to champion his design as it stands as an emblem of the organisation’s values. 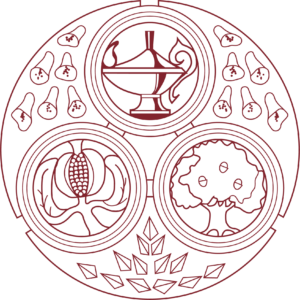 The background consists of foxgloves and leaves, which represent William Withering’s great discovery. The physician is credited with the medical use of the plant, digitalis purpurea, to treat edema. The use of the plant persists today, with prescription drugs containing its active compound.

The foxglove represents drug discovery, oak is about strength in unity through our membership, and the pomegranate is about the fertility of ideas and developments in pharmaceutical medicine.